Commissioned by an eccentric billionaire, the King of the Sky lives up to its name. You can move a lot with it and tweak it to your needs. Constructed on Volstoy, it is widely considered the best of the solid hull trading ships.

Despite the new large turret tail arc, the Kingfisher is not a huge threat to a competent combat pilot, as ever. Come at it from the sides or front (but stay away from that turret!) in between it's main gun arcs and tear it to pieces. The KF has a hard time dodging due to its large size and silhouette, so eventually it'll go down, no matter how tough its armor is. If in a lower tier plane, be especially careful of the rear turret and be sure to barrel roll or use other maneuvers to improve your dodging.

Fighting as the Kingfisher

The Kingfisher may be a trade plane, but with appropriate skill and some helpful gun mods, you'll be sending those nasty Avengers and Thunderbolts crashing to the sea for a little fishing of their own. Almost all trade planes have relatively powerful tail arcs (the swiveling medium side arcs of the Leviathan being the lone exception), and arguably the Kingfisher's greatest combat strength lies in its tail arc. Equipped by default with a large machine gun which can swivel about 15° in either direction from 6 o'clock, the Kingfisher's tail arc can be one fearsome monstrosity with which to be reckoned. Equipping a Long Arm and an Extended Barrel gun mod on this arc will greatly extend its range, allowing you to shoot down chasing pirates from further away. The Kingfisher also has two large arcs pointing to the rear left and rear right; these arcs can also help shoot down chasing pirates especially if you are following a circling path. Long Arms or Howitzers on these arcs will help keep your rear sides covered.

One common tactic taking advantage of rear/tail arcs is to get pirates to chase you, by circling or by going straight, and shoot them with your rear/tail arcs once they get in range. If they get close enough to be able to shoot you, use Afterburner to get out of their range, then either slow down or let them catch up until you're able to shoot them again. Repeat as necessary, minimizing the amount of time that you remain in their red arcs. Eight planes have speeds faster than yours, and five of them are performance planes (i.e. low armor). Although it can be annoying to get them and keep them in your arcs, they don't survive in your arcs for very long. At the very least, the tail turret will facilitate keeping the pirate in your tail arc. The remaining three -- the Thunderbolt, Spectre, and Avenger -- can pose significant combat risks no matter what strategy you employ, but with sufficient Afterburner and Gumption skill it is possible to stay ahead of them and take them down before losing a lot of armor or blacking out.

In stark contrast to the king of all tail arcs, the Kingfisher's two medium front arcs can be quite tricky to use for attacking pirates head on, as the front arcs point more towards the sides than they do forward. Should you wish to increase frontal coverage, you can use Flak Tubes and Improved Swivel Mounts to increase the width of the front arcs. Despite this increased width, however, oncoming planes will very likely be able to shoot you once they get in range of your front arcs, so attacking planes head on is probably best reserved for mowing down lower-tier planes (your Damage Resistance will cause a lot of shots from small guns to bounce off), when you want to get a combat over with quickly, or when you are trying to chase down that pesky Nova or Ingersoll.

Taking down a blimp is fairly easy; pull in ahead of them and light them up with your tail arc. See the image to the left for an example. If you're feeling crazy, it can be feasible to make attack runs on a Leviathan. Your best bet is to hit them at full speed and Barrel Roll, as Loop is far too dangerous. If done right, you will not take very much damage (the KF has decent DR, remember, so if you get one of those all-medium MG Levis, you're only taking 6 damage per hit), and get a good rake in with both your front and rear guns. For attacking Bismarcks directly, the same tactics applies as those used by combat planes; come in between the rear turrets and the main gun. This is far more risky, but sometimes it's undesirable to be jockeying with the Bismarck for a gun position for far too long.

Your biggest disadvantages while fighting as the Kingfisher are the large size/silhouette and slow speed. While the speed can be compensated somewhat with skillful use of Afterburner, only blimps are bigger than you and consequently you are a huge target. Putting Extended Barrels on all five of your arcs will help cover your large size by enabling you to put some distance between you and any pirates. Pirates approaching from the sides should be made to approach your rear or to pass in front of you by using Afterburner or Airbrake, respectively, or turning to make them face your tail arc. In this way the pirates will have a decreased chance of attacking the large, relatively unguarded wings. Thank Magnus that the Kingfisher has no disabled maneuvers, allowing you to use those maneuvers to dodge some shots. With a bit of practice, you'll find the size not to be a big issue (pun intended) at all. You're still a trade plane, so don't expect to be able to duke it out like a Thunderbolt. Nonetheless eventually you should have no problem on those risky short haul flights in the Northwest cluster, even with those level 50s and 60s combats. It's fun to see that tail arc swiveling to hit a pirate, like an out-of-control fishtail leaving puffs of smoke in its wake! 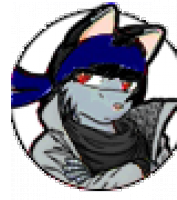