Skytopia is the world of Skyrates. It is composed of 38 skylands that are the remainder of a world destroyed long ago. During the Great Upheaval, the World Before was devastated by the detonation of an unobtainium bomb, causing a chain reaction and raising large portions of the land into the sky.

Skytopia's total population is approximately seven and a half (7.5) million with an average population of 150,000 per skyland. Cidade and Grottopolis are two of the largest skylands.[1]

The Skylands range in size from something like Kauai (552.3 sq mi (1430.4 km²)) on down. Anything large was torn apart due to sheer stresses prior to our ability to stabilize things with skystone.

As such populations would probably range from the low thousands up to low six figures on denser islands. Agricultural skylands would, of course, have lower numbers and more industrialized skylands higher. Cidade would be a major standout, maybe in the million plus range.

The Alpha platforms are probably something along the lined of the length of an aircraft carrier on a side. They were built as a combined tour de force of technology and because the skylands won't last forever; they aren't sinking, but wind, rain and the elements still steal landmass and give it to the sea day in and day out. The Alpha platforms are a more permanent solution.

The tower of Islo is and will remain a unique monument as the costs of building another would be crippling. Fuseli is, of course, beyond our ability to build again, we have no where to lay a keel that long.

The fuel platforms, perhpas, look like the diner from Spaceballs, and the mechanics work in the vast spaces below the airstrip using elevators to raise and lower planes.

These are intertwined to a large extent. For instance, I suppose that the lack of jet turbine technology is due to certain elements have not popped up after the Upheaval, or only in trace quantities. For instance a lack of titanium and nickel may explain our inability to produce metals capable of dealing with the conditions in a turbine engine.

Anything that grows, is, of course, farmed in the sea or on the skylands.

Mining is somewhat limited on the skylands making those goods scarce. Uninhabited skylets are brutally strip mined. Some mining takes place on mountains that still peek above the waves, and there have probably been attempts at under water mining, though likely unsuccessful.

There must be sea based oil platforms though, as there is almost no way you could retain oil in a skyland, especially in the quantities an airborne society would consume it.

There are five major factions in Skytopia, three of which (the League, Armada, and the Jade Hand) are remnants of the Commonwealth of Skytopia. Two others more recently made their way into the region from other parts of the world, and have quickly become major players in the local balance of power.

A loose amalgam of scientists who were sheltered by the nomads. The closest analog is pure Marxism, people contribute what they can and take what they need. What little central government there is in the League feeds off of it revenues helping distribute the more marketable inventions of it's membership. Decisions are made generally individually and it's nearly impossible to pin down the League as a whole.

Militarily the League has the best equipped and some of the most hardened soldier and aviators you can find. All seven of them. They rely on a network of radio interception and decryption, sympathetics and outright spies to stay one step ahead of their enemies as the tiny strike forces rush from one emergency to another. In the event of a major incursion the League's only defense is an upsurge of its numerous membership or to quietly slip away and wait. The command structure is nearly flat and levels of autonomy are incredibly high, even in the intelligence and military sectors.

A rigid military hierarchy is imposed on the Armada, the rebuilt remnants of the Commonwealth military and assorted mercenary groups. The entire faction operates in a martial manner, even in civilian life, where the rule of law is absolute.

Militarily they are peerless in open battle. They lag behind the League technologically slightly, but more than make up for it with a fully functional command structure and an active service that utterly dwarfs the League.

Apparently the bureaucracy and merchant princes of the Commonwealth. They operate on a representative democracy with elected leaders calling the shots. They're out there to make currency, whatever that currency, be it cash, goods or information.

Militarily, they'd rather play both sides against the middle and quietly extract themselves from the conflict, or they buy their way out of trouble. Having no apparent military, it must be supposed that they hire mercenaries when they need muscle, though as stated, they tend leave that as an absolute last resort.

First encountered chasing the Platforms that plagued Skytopia. Little is known about them widely, though in meetings they demonstrated a hive mind mentality.

Culturally, they focus on choosing an art (be it the culinary arts, the art of war, or what-have-you) and work tirelessly to perfect it. Whilst militant pilots are probably only a small subgroup within the Court, the fact they hunted the Hidden Fleet Platforms for "sport" suggests those that do exist are perhaps amongst some of the best combat pilots around.

A loose theocracy of sorts. They have immigrated from a cluster of skylands to the far south of Skytopia known as The Barrens. There is almost nothing else apparent from them other than their intent to evangelize.

Widely regarded as one of the weakest factions in terms of membership and power, perhaps due to their "outsider" status (religion is something of a hit and miss concept for most skyrates, one imagines) and relatively low profile compared to the Court, the Order tends to have a small but highly devoted following.

No one. Or rather, whoever has the biggest gun. While the factions do their best to impose order on their holdings and the Skylands themselves try to do the same. But frankly, it's a cold, dark, hard world where the factions range from Cold War status to Hot War and allegiances flip flop on the fly. This means that you're mostly on your own. Even in places where there is authority it's corrupt or hugely biased. And even if you're lucky enough to avoid that, no one has the manpower to really patrol anything to a meaningful extent.

The lack of landmasses to interrupt winds mean that shipping is almost unheard of as no ship can sustainably operate where swells of twenty feet and more are the norm.

The only things driving anyone in boats on the seas is scavenging things lost recently and long ago. Scrap fetches high prices (see: scarce resources) and if you stumble on some lost technology it can allow you to retire in comfort within the week. Fishing must also, by and large be conducted by boats, go figure.

The vast majority of these seas, however are shallow, and so hurricanes are not unknown either, though rarely a danger to skylands which tend to rise above the storms and tempests. 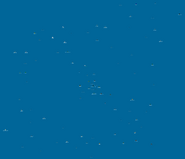 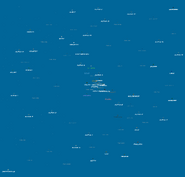 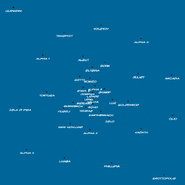