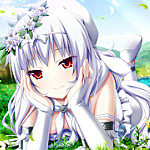 Thanks for fixing the faction flag images. That looks sharper especially in the infoboxes. — MrDolomite • Talk 17:19, 11 February 2009 (UTC)

And where is the citation? A little bit of assumption doesn't go astray, but if you claim it's canon and not commonly accepted fanon, there should be a reference to prove it. Until then, I think the entire timeline is of dubious value and should be avoided unless there's some reason to include a specific year instead of relative time. -- Kasarn 05:41, June 6, 2010 (UTC)

Just stumbled across a response to the wiki timeline in the Skyrates Roleplay Questions thread:

All those dates are unofficial. We are working on an official timeline.
Also, just so people know, game time does not equal skyrates world time. So in the months that pass between resets, there's no formula of how much time passes in Skytopia's RP world. Time is bent and controlled by RP's needs. — Lord Gilbert, 9th April 2009

and further down the page:

We very much want to avoid having some sort of conversion rate. We will not be having people saying, "Well, it's been 10 days in real life, which means that X days have passed in the world of Skytopia." — Lord Gilbert, 10th April 2009

Dubious, indeed. As commented on above, Dev input on the passage of time has been spotty and somewhat limited. We found it necessary to establish a consistent dating system for use here on the Skybrary to help order certain events. My involvement was motivated by the need to keep track of the Terms of Office for the Emerald Republic Officials (3 "years" seemed appropriate from a RP perspective and 3 RL months closely matches many players' commitment capacity). Best I can tell, the '1 AU year = 1 RL month' thing is pretty much ignored by some RPers - probably because they want their characters to never age or age at a significantly reduced rate (which is just fine, IMHO). --Calvin November t/c on 18:05, June 15, 2010 (UTC)

Thanks for the wing page fix. Edit

I was having trouble with the stuff you fixed, big help.

I've just granted you 'rollback' rights, due to your general awesomness. Would you be interested in joining the list of sysops too? --Calvin November t/c on 15:44, October 26, 2010 (UTC)

Sure, I guess. I was thinking about asking so I could add template stuff to the CSS, but that was just as easily done manually. Heck, I never even thought about doing it on the Elona Wiki until the skin change. :T -- Kasarn 01:44, October 27, 2010 (UTC)

You don't need my permission to contribute. Updating the missions on the Skybrary is pretty much done: there's just the big missions that won't fit in a perf left, as well as the Green specific text for Eltsina's Boon. -- Kasarn 03:08, March 25, 2011 (UTC)

Ah. I was just looking for a list of what was outstanding so I knew what to look for, but sounds like you've got it wrapped up. Thanks for getting this taken care of. Zabrak! 03:12, March 25, 2011 (UTC)

Great idea. Let's give Article Comments a shot. We'll hold off on the Message Wall feature for now, though. We may want to disable Blogs while we're at it. Are those useful here? --Calvin November t/c on 15:23, February 5, 2013 (UTC)

Well, I briefly used my blog a bit as a dumping ground for unfinished drafts and other nonsense. The blog could be handy for notices or organising projects if there were any. I generally think blogs are somewhat useful because most people don't even realise they can make subpages for their user page.

But yeah, the blogs are generally an underused feature: as with the forum, it comes with the intimidation factor inherent to public speaking. That said, the blog doesn't change how the wiki works so I don't think there's much of a reason to disable it. -- Kasarn (talk) 22:52, February 5, 2013 (UTC)

I'd only disable it to minimize confusion and the number of places similar content could be placed. That said, I trust your opinion and won't disable it just yet. --Calvin November t/c on 15:05, February 6, 2013 (UTC)

Retrieved from "https://skyrates.fandom.com/wiki/User_talk:Kasarn?oldid=25585"
Community content is available under CC-BY-SA unless otherwise noted.